Sprouted in the pristine land of India some 5000 years ago, Ayurveda, the science of life and longevity, is the oldest healthcare system in the world and it combines the profound thoughts of medicine and philosophy. Since ancient times, Ayurveda has stood for the wholesome physical, mental and spiritual growth of humanity around the world. Today, it’s a unique, indispensable branch of medicine, a complete naturalistic system that depends on the diagnosis of your body’s humours – Vata, Pitta and Kapha – to achieve the right balance.

Ayurveda, ancient yet timeless, gives you the means of attaining and maintaining your own optimal health and well-being. The benefits of Ayurvedic medicine have been proven over centuries of use, and its methodologies are as applicable today in the West as they were thousands of years ago in India.

Ayurveda is the traditional healing modality of the Vedic culture from India. It is said to be 2000 to 5000 years old, meaning it has stood the test of time. Ayurveda is a Sanskrit word that literally translates as “the wisdom of life” or “the knowledge of longevity”. In accordance with this definition, Ayurvedic medicine views health as much more than the absence of disease. The wise seers and sages of the time, intuitively understanding the physiology and workings of the mind-body-spirit long before the advents of modern medicine, explained the basic principles of Ayurveda.

Ayurvedic medicine was originally an oral tradition, taught and passed directly from teacher to apprentice, who would learn and work side by side. The oldest written codification of Ayurvedic principles is found in the Rig Veda. The fundamentals are then laid out in several major treatises, including the texts from Charaka, Sushruta, and Vaghbhat. There are also numerous other smaller works, written over time to explain the various branches of Ayurveda, which include disciplines such as general medicine, pediatrics, surgery, toxicology, fertility, and rejuvenation. The beauty in the way these have been explained is that they rely on basic principles which can be applied practically in any day and age.

Ayurveda has thus been passed down through the centuries as a complete healing system, evolving to meet the needs of the time, and yet remaining committed to its core principles. Various cultures have drawn upon the ideas of Ayurvedic medicine, and it continues to thrive in both the East and the West. 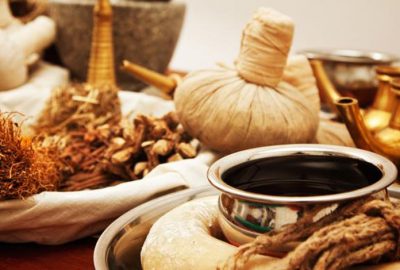 Today, the science of life “Ayurveda” has been widely accepted as a safe, effective healing option for even life threatening diseases. Time-tested, this oldest and one of the most holistic and natural treatment systems known for restoring health and wellness to millions across the planet. The origin of Ayurveda has…

Use this form to find things you need on this site